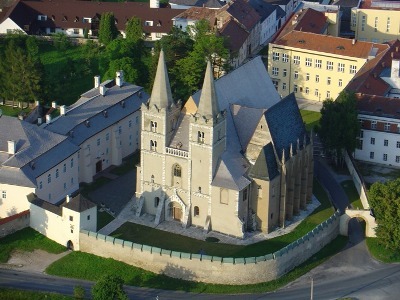 Spišská Kapitula is a former independent village in eastern Slovakia in Hornádská kotline, since 1948 part of Spišské Podhradie. It is documented in 1235, since the 12th century it was the seat of the Spišské prepošt, since 1776 the bishopric of Spiš. One of the centers of church education in Slovakia. There is the Romanesque Cathedral of St. Martin from 1245 to 1273.

In the 13th century there was a so-called " Chapel School, Since the middle of the 17th century grammar school.

Between 1819 and 1950, there was the first Slovak and Hungarian institute for the education of elementary school teachers. 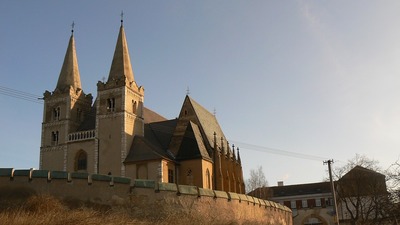 The Baroque Benches of 1630, whose front faces represent the scenes: the Birth of Christ, the Three Kings, the Escape to Egypt, and Christ on the Olive Mountain, have to be remembered from the cathedral. In addition, valuable Renaissance epitaphs from the end of the 15th century, which belong to Imrich and Štefan Zápoľský, are also found in Kaplnka Zápoľskovcov and are detailed depictions of these palatines in their armor. A rare part of the temple is also the burial shields - mortuarias - that originate from the 17th century and belong to the family Csáky, Thurzo, or Erdödy. The Gothic windows feature colorful stained glass, made in a Tirol workshop in Innsbruck, which depicts in the sanctuary examples from the life of St. Martina and the Chaplains of the Zappolska family of the Old and New Testament motifs.

In 1993, Spišská Kapitula was included in UNESCO's World Cultural and Natural Heritage.

The Spišská Kapitula, whose history dates back to the 12th century, became the seat of the Spišské bishopství, although the first written mention of Spiš is the list of King Ondrej II of Hungary. from 1209. Through it, the Bishop of Bavaria Ekbert (brother of the Hungarian Queen Gertrund, the first wife of Ondrej II) sells a vast territory between the Snowy Mountains and the Poprad River Basin to Spišský Presbyter Adolf and his sister. It is likely that the pre-sister's sister, her husband Rutger and Adolf himself (the first known Spiš prepošt) came from the nearby circle of Queen Gertrund. This document tells us the existence of a comite and the existence of the church organization Spiš, which was represented by the Spišský Prestige and its prefix. Even though we did not keep a list, which would inform us of the exact date of the foundation of the Spišian Presbytery, this document confirms that in 1209 the Presbytery already existed. In addition, in Pažice (in comparison with today's episcopal seat) probably already in the 11th century there was a Benedictine monastery consecrated to St. Martin.

At the presbytery, the Canonikon Corps was formed soon, a chapter that initially had four members. Later, the number of canons increased, after finally settling to ten. In addition to this chapter, it also had another important function since the 13th century, a function of a credible place, the public royal notary. Already in the 13th century there was founded the Chapel School, in 1646 the Jesuits settled there and in 1648 they founded the grammar school. 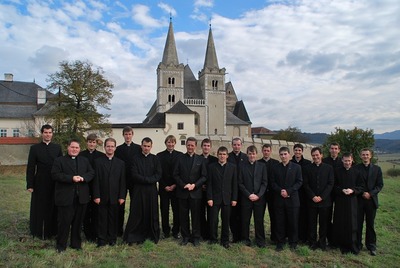 The Spiš Presidium was in 1776 by the lord of Mary Terézia and Pope Pius VI. promoted to the Bishopric of Spiš, which was thus separated from the Archbishopric of Ostrihom. In 1815 there was a seminar for priests and in 1819 also the oldest teacher's institution in Hungary. After the arrival of Bishop John Vojtaššák in 1921, the spiritual life of the diocese was restored. Gradually, new educational and educational institutions, charities, parishes, associations, or associations have emerged. In the individual parishes of the diocese, the daily sacrifice of the Most Holy Sacrament of the Altar was established according to the exact plan, which is still preserved. A diocesan synod was held in 1925, whose conclusions helped for many years to preserve the spiritual life and effective management of the diocese even during the imprisonment of Bishop Vojtaššák but also after his death until the fall of communism. The Spiš diocese was almost 40 years old without a bishop during communism. At that time, the so- captive victors.

In 1989, the bishop of Spiš became Mons. Franz Tondra, who in the changed circumstances of the time renewed all necessary institutions and spiritual life in the diocese. At the end of his activity, he declared the Second Diocesan Synod, whose conclusions are being put to life. The current Bishop of Spiš is Mons. Štefan Sečka.

The territory of the Spiš diocese, namely Spišská Kapitula, Levoča, Vysoké Tatry and Poprad, was visited by the Pope. John Paul II on 2 - 3 July 1995 during his second pastoral visit to Slovakia.

In the diocese there is the largest pilgrimage site in Slovakia - Mariánska hora in Levoča, which is registered in the network of Marian's pilgrimage sites in Europe, and its basilica also has a spiritual puto with the Basilica of Santa Maria Maggiore in Rome. The waiver is on Sunday after the Visitation of Our Lady (July 2). Pilgrimage Church in Levoča promoted St. John Paul II On January 26, 1984, the basilica minor.

Cathedral of St. Martina is a great example of the development of individual architectural styles. The first building phase of this temple was the Romanesque phase, which can be incorporated into the first third of the 13th century, when the church was planted with a three-lane tree on which the transsept was fed. The designing stage in the development of the appearance of today's church dates back to 1462 - 1478 when the temple was rebuilt and enlarged with an extensive sanctuary. He also received a new conquest and thus gained the character of a hall church with three ships. In the years 1493-1499, the Chapel of the Zápoľskovcov, in which the crypt was simultaneously exhibited, was built in the late Gothic style to the south wall of the church. In the second half of the 18th century, various Baroque modifications took place, mainly in rebuilding the crypt. The last stage of the construction of the temple was completed at the end of the 19th century.

The oldest and most precious monument of the temple is the Roman sculpture of the White Leo - Leo albus, which is the only preserved Romanesque sculpture of this kind in Slovakia. Another exceptional church is the oldest dated wall painting on Spiš from 1317, which is located on the north, still original Romanesque wall. It depicts the crowning of Karol Roberta of Anjou as King of Hungary.

Of the original number of 13 gothic wing altars, only five were preserved and attributed to the master of the spišokokapitulska workshop. The main altar was consecrated in 1478 and in its altar cabinet there are three central statues - Madonna with the child, Martin and St. Nicholas. From 1478 comes the altar of the Three Kings, the most precious part of which is the original Gothic altar depicting the risen Christ. The oldest altar of the temple is the Altar of Our Lady of Mary in 1470. The only completely preserved Gothic altar is the altar of the Coronation of Our Lady from 1493 to 1499, which is located in Kaplnka Zápoľskovcov. The last wing altar is the altar of St. Michal Archanjela in 1472, who weighed souls of people at the Last Judgment on the central table painting. There are three more altars in the temple - the Baroque Altar of St. John the Baptist. The Cross from 1622 to 1629.