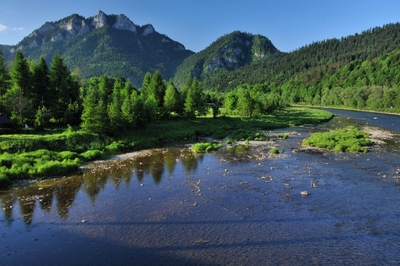 Pieniny is a landscape of the geomorphological area of ​​the Eastern Beskid Mountains, being geologically separate and the only independent mountain range that is made up of the band.

The territory is located in the northern part of Spiš, also called Zamagurie. In the past, mostly Slovaks, Gorali, Ruthenians, Poles and Jews, Germans and Roma lived in the area. 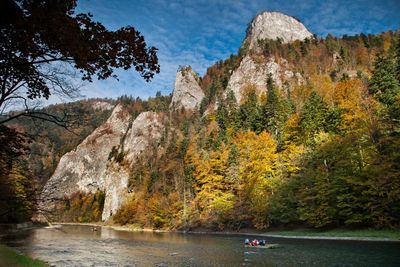 Part of the territory of Pienin is declared national parks. In Poland, it is Pieninski Park Narodowy (PPN) and Pieninski National Park (PIENAP) in Slovakia. In the west, in Poland, the national park begins with the Green Skals above the water of the dam of Čorštýn, and continues through the Čorštýn castle to the east, through Macel Mountain, Nová hora, Tri Koruna, Sokolic and ends with Bystrík, on the right side of the Danube, . On the Slovak side, the National Park begins with Hôrka and Uhliska nad Červeným Kláštorom and continues through the Kláštorská Mountain, Plašná with Haligovské rocks, Holice and Little Pieniny eastwards to the Vrchličky Hill on which the territory of the National Park ends. 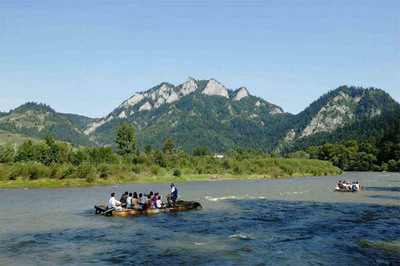 Pienins are divided into three parts:

The most visited tourists are Tri Crowns and Sokolica on the Polish side and the beautiful Prielom Dunajca (National Nature Reserve proclaimed in 1967 (originally in 1932), 360 ha) on the Slovak side. The Danube River is situated between the towns of Červený Kláštor and Lesnica. It is the most valuable territory of Pienin, with deep canyons, with meanders buried deep into the rocks, rocky crevices and inaccessible beaches. Tourist attraction is also the Danube floating on the plains with original Goral music.

When visiting Pienin, he also does not have to miss a visit to the castle in Niedzica, which is currently overlooking the dam. But at the time, the river Dunajec, which in this part formed the border between Hungary and Poland, flowed through it. In contrast to the castle Niedziča, there is a ruin of the castle in Czorsztyn. These castles were boundary forts.

Tourists can stay either in the guest houses of Červenom Kláštore, Majeroch or in the Polish villages or in two hotels in the only town of Zamaguria in Spišská Stará Ves. 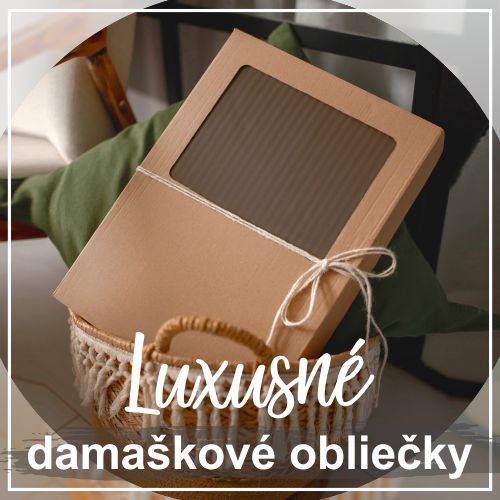