Holidays begin and visitors to the west of Liptov have to cross the Strečnian Strait on their way. And just Strecno is a great tip for families with children, where it can be spent all day long. Explore the attractions of the area we have chosen. 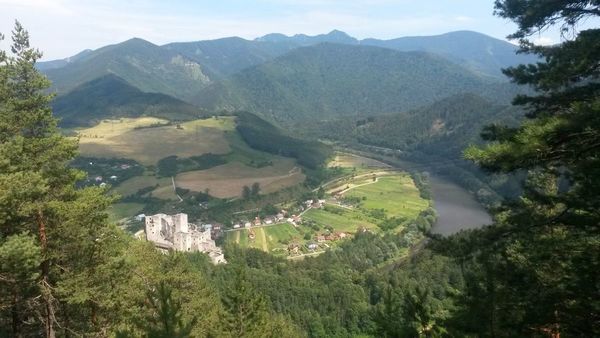 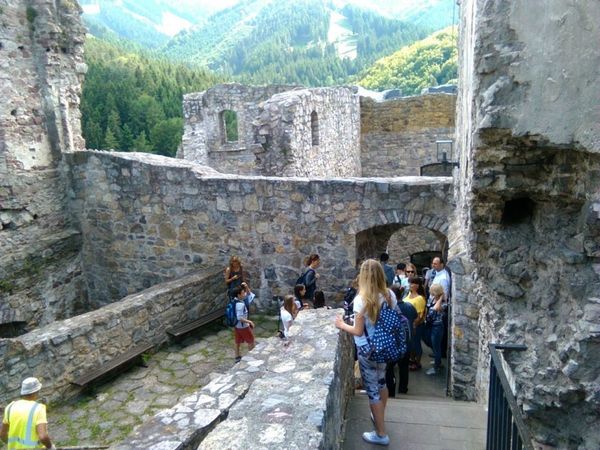 Castle and village under the castle

First of all, the medieval castle built on the high rock - Strečno. Steep staircases will be brought to him, but the path behind us can be used as well. Before we reach the main entrance gate, we walk through the wooden gate. A replica of the medieval village will surprise us. From curiosity, we will sink into several cottages. We can see a shepherd's, a potter's or a baker's dump ... We're stepping up a few feet higher and going to the castle. His tour will cost an adult of 5 € and children over 6 years of age 3 €. Inputs generally start for a quarter of every hour. During the summer, until the end of September, the castle is open daily from 9am to 6pm. The tour takes about 45 minutes. In our group there were also a number of children who were well adapted to the interpretation. Through the castles and courtyards, we get to the tower and enjoy the view. 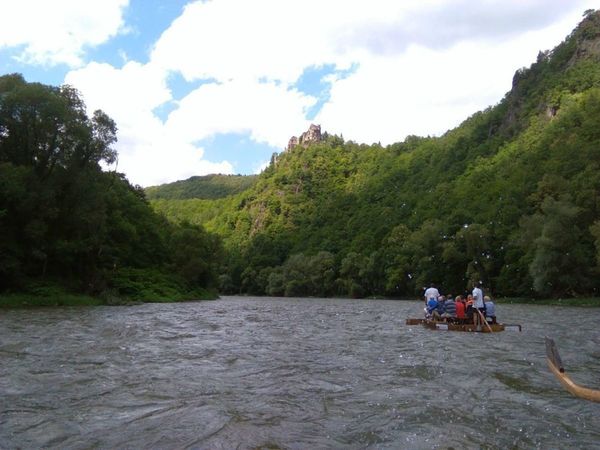 Margita and Besná - the crack of the wagons on Váh

These two rocks you know from Jan Bott's poem have complicated the work of the plumbers in the longest river of the whole centuries. But no fear ... the rocks were blasted in the construction of the railroad and no longer threatens anyone on the voyage. Instead, there is still a massive stream of water hampering the rock, which continues to occupy the hands of the plumbers. We have learned about similar dangers about the dirty work of the plumbers or the surrounding area during the voyage. Every single cascade or cascade hides behind a legend. The same is true of the Old Castle - a ruin that is still proud of the Domašín meandrome - the largest natural formation of the Little Fatra. When passing through a unique place from which both castles can be seen at the same time, the weavers make a 360 ° turn. After crossing the meanders, we are undermining the railway bridges, and the Castle of Strečnian Castle appears before us.

While waiting for a ride to the Váh, you can take the time and take a short walk to the mound over the village. It is accessible by the sidewalk from the village or by the main road. It is a memorial to the victims of 155 fighters who laid down their lives in the battle of Strečnian Strait in 1944. The monument provides a nice view of the castle and its surroundings. 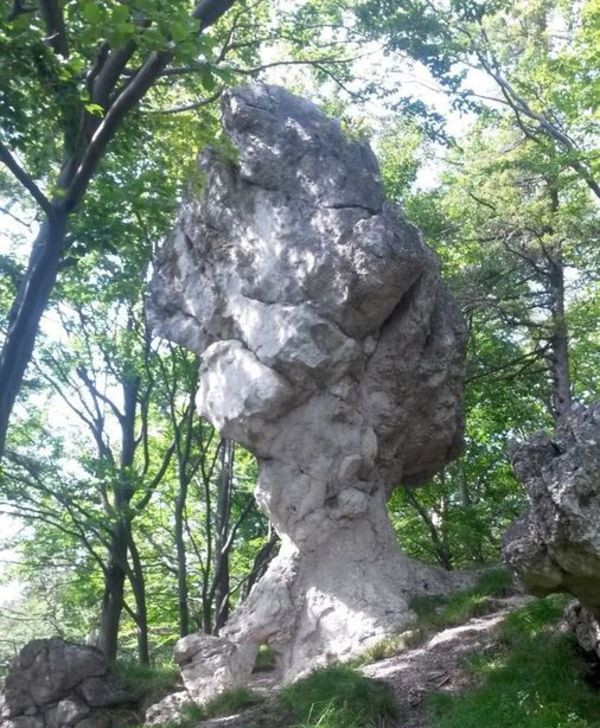 An even more panoramic view of the surrounding Strečno provides about 1.5 hours long tour to the rock, which resembles the flesh. He leads beautiful pine trees with a crested pendulum, which is gradually opening an increasingly sharp view. From the saddle beneath Kojsova, we are heading towards the rocky town for a short walk.

Tasteful all day, you will appreciate the restaurant with a nice view and a distinctive name Panorama. Even more will be appreciated by your children who can feed live animals in the yard.