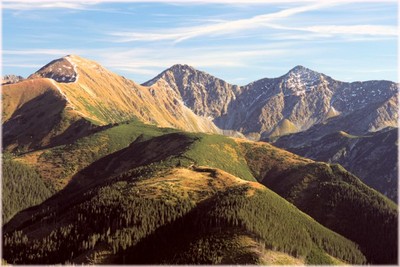 Rohace are part of the Western Tatras. Roháč is dominated by the mighty ends of Ostrý Roháč and Plačlivého, Volovca, Rákoňa, Troch Kôp, Baník, Skriniarok, Salatín, Brestová, which form a typical alpine group with perfectly developed glacial forms. Their highest shields form an irreducible pair of slim rocky hills, which resemble the two devilish corners, and even so they have been given this commendable name.

The ski center (Roháče - Spálená) with a chair lift is directly in the Tatra National Park - it is one of the highest ski resorts in Slovakia. In the surrounding area there are modified cross-country tracks. 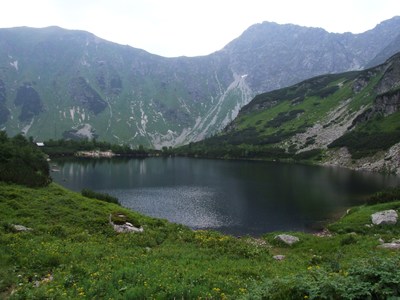 Output is demanding, on Ostry Roháč exposed. One of the most beautiful ridge crossings in Roháče. On bright autumn days Volovec is possible to look out for the High Tatras and the Polish Tatras. We recommend passing the transition in good weather.

The starting point of our crossing is Ťatliakovo Lake (1370 m asl). The access from Habovka to the pond is described in the section ABROACH ROHÁČSKÉ PLIES. From there a steep but comfortable walkway along the green mark, initially with the older forest, later with the band of diarrhea, and above the grassy area in the saddle of Zábrať. Next to the right and along the wide sidewalk to the top of Rákoňa (1879m above sea level). No difficulty 1 hour 15 min. From the top of Rákoňa we continue first slightly down into the saddle under Volovcom, from the saddle to the top of Volovca (2063 mm). No difficulty 30 min. From the top of Volovec red and blue marked by the pavement downhill to Jamnický saddle / 1908 m / without difficulty 15 min. 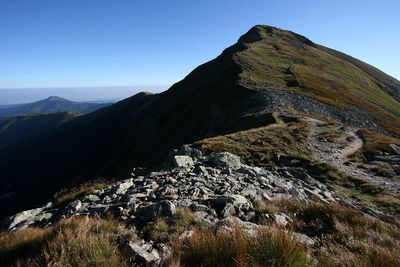 From the Jamnický sedlo / the red mark / from the beginning with a slight rise in the rock terrain to the steep top of Ostrý Roháč. Further along the ridge, we walk steeply along the sidewalk, which is a derelict place. When crossing the rocky steps, slits, and bypassing imperishable boulders, we must help our hands. Just below the summit, the ridge is sharp and exposed. This part is secured by chains. Next few meters and we are at the top of Ostrý Roháča (2084 m above sea level). Output is demanding and exposed. 40 min. From Ostrý Roháč, on the ridge (in a steep terrain a chain is installed.), We reach the saddle between Ostrý and Plačlivý. The next step is in the milder terrain to the top of Plačlivého (Plačlivô, Plečlivý Roháč, 2126 mm). Output demanding, exposed. 30 min.

From the summit of Plačlivý continue along the red mark down a little steep terrain, but later grassy, ​​slightly south. a slope ending by a short steep rocky section, after which we descend into the Sad Saddle (1965 m above sea level). A bit difficult terrain - 20 min. In Smutno saddle, we leave the ridge and down the green mark down the walkway, which from the beginning spins in several serpents, descends through the sad valley to the jar. From here again the asphalt road Tanap in the Zverovka field where there is a bus stop SAD. 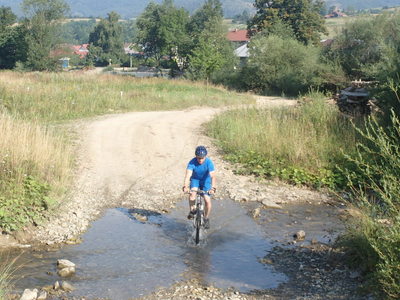 Cylinders will also enjoy the Orava...

The starting point of Habovka

The starting point of Habovka

1. Habovka-Javorková-Skorušina-Oravice, 15 km
Short description: From Habovka village we will head from the end of the village to the north. A short steep valley leads through the blue marked pavement, which crosses the saddle of Biedna with a red marked path. We turn on it to the right. After a long rising, we reach the peak Skorušina (1 314 m above sea level) where there is a viewing tower, where we can see a beautiful view from Babej Mountain to Roháč. After we set off on the red route we will run into Oravice. Where we can dump in the thermal pool.