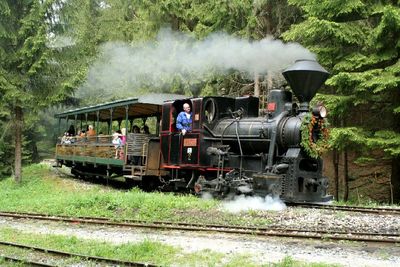 Visit one of the few preserved narrow gauge railways in the world. The Orava forest railway, as the first in Slovakia, started winter operation in 2009.

Early 20th century. the leadership of the Orava Composerate decided to solve the issue of timber transport and to build a forest railway with a gauge of 760 mm, able to overcome the rugged terrain. Forestry in this period was a modern but already proven technology that has been well-established in a forest environment throughout Central Europe.

The project of the new forest railway was drawn up during World War I and on days 3 to 4.7. 1918 was awarded a building permit. Using the work of prisoners of war, the track was put into operation on 27th July 1918. The new railway line led from Oravská Lesná via Zákamenná to Lokce. It allowed the timber to be exported from the forest administrations of the Oravský komposorate with the centers in Mutno and Zákamenný but had no direct connection with the public railway network. 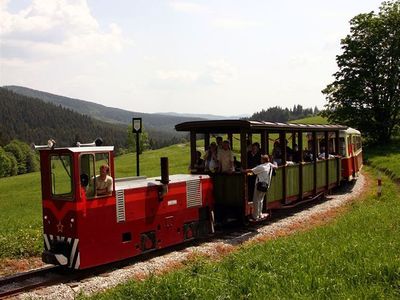 In order to remedy this shortcoming, 1921 elaborated 3 projects. The most economical solution was the idea of ​​linking the Orava forest railway with a similar track to Kysucia. This solution was approved in 1924th

The Kysucká forest railway was connected on October 15, 1918 and unlike Oravská had direct connection with strategically valuable Kosicko-Bohumín Railway by means of a siding in Oščadnica and both tracks were only 8 km away. The rail link project was created by Dipl. Ing. E. and L. Gál of Ruzomberok.

The project contained a technically exceptional and imaginative solution to the problem of high elevation on the Beskyd Hill, which was to be overcome.

The selected variant included 5 deadlocks, while the Chmura and Beskyd slopes served as stations. The coupling track was completed on December 1, 1926. The operating license was granted on February 15, 1928 by the Ministry of Railways of the Czechoslovak Republic. The combination of the Oravská and Kysucké lesní železnice created an integrated transport system, in the main section Oščadnica - Lokca, long over 60 km. The commercial traffic started to take full effect and during this time it emerged and branched out so that it would become more efficient according to the actual needs of the forestry mining and maintenance. 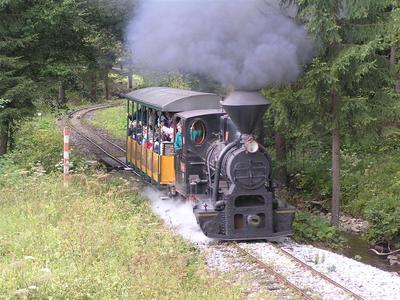 Kysucko - Orava forest railway successfully served throughout the period of the 1st Czechoslovakia and the Slovak War State. Nor did it escape the war and in the winter of 1945 it was damaged by partisans who wanted to prevent it being used by the occupation forces of fascist Germany.