The most widespread and the second highest mountain in Slovakia are the Low Tatras(NAPANT), which make up the Low Tatras National Park. Their highest conqueror is Ďumbier, 2043m nm Besides the High Tatras, the most important tourist and skiing center of Slovakia. Orphologically, they are divided into two sub-units: the Ďumbierska and Kráľovohoľské Tatry. They are located in the ideal center of Slovakia. To the north, they are bounded by the Liptovská kotlina, the Kozie backs and the Hornádska basin, in the east the Slovak Paradise, the south of the Horehronske Podolie, the west of the Veľká Fatra and the Starohorské vrchy. They form their crystalline rocks and alien sediments. The main ridge is divided into two parts. The western part begins at the Hiadelesky saddle by the massive Prašivej massif and ends in the saddle of Čertovica 1238m. It is characterized by angled-rocky surfaces. The most central is the central part between Chabencom (1955m) and Ďumbier (2043m above sea level) - the highest peak of the mountain. 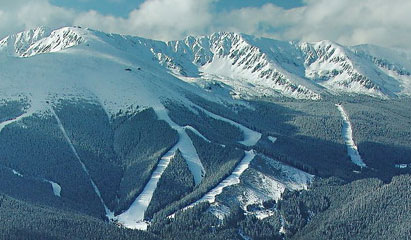 The Low Tatras are the most frequented tourist and ski resorts in the Demänovská Valley from Dresden to Chopok to Dumbier. Another important tourist resort is Čertovica and Bocianská dolina. The greatest attraction of the Low Tatras is the numerous karst phenomena. The best known is the Demänovsky kras. Demänovská Ice Cave is a long-term holder of the Slovak record in the number of visitors per year. It is visited by 180,000 - 210,000 people per year on average. The record is 277,313 in 1962. 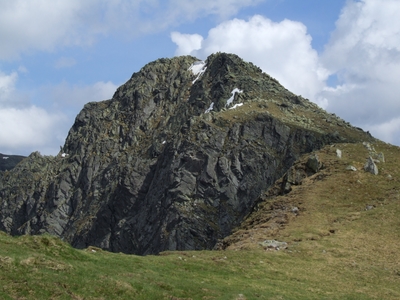 There are numerous state nature reserves in the mountains: Ďumbier, Ohnište, Pod Latiborská hola, Bacúšska jelšina, Turková, Salatín, Jelší, Príboj, Ivachnovský luh, Meander Hrona and Horné lazy. Protected natural creations: Bystrianska Cave, Demänovské Caves, Stanišovská Cave, Važecká Cave, Balvan pri Masi, Brankov Waterfall, Žiar and Triassic River at Liptovská Osada, Moefet Spring at Sliač and Breznianska Skalka. Known is the rock window in the rock below the peak of the Ohnišťa. It is the largest rock window in the Slovak Republic. The exit to the Fireplace connected with the view from the windows and with a view of the mouth of the Great Ice Gap -125m below the summit of the massif is an all-day physically demanding tour. The most beautiful exit is from the Bockej Valley.
The declaration of the Low Tatras for a national park area of ​​81,095 ha with a protection zone of 129,215 ha took place in May 1979 in Tálo, where they buried a symbolic border column. The administration of NAPANT is based in Banská Bystrica. 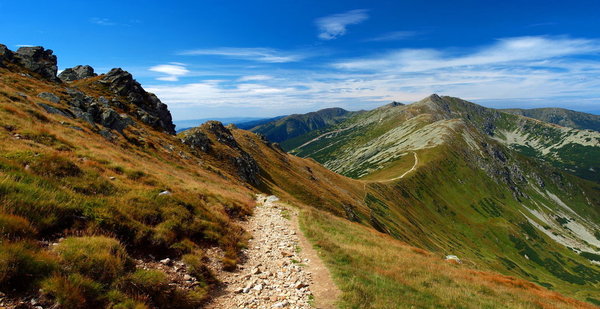 The territory of NAPANT provides an extraordinary potential for tourist use on almost thousands of kilometers of marked tourist paths, partly used in winter as a cross country skiing trail. After the main ridge of the Low Tatras, at a distance of 9 km, there is a marked tourist trail called Hrdinov SNP. The most spectacular ridges are the three distinct peaks of Prašivá, Ďumbier and Kráľová hoľa. Downhill skiers will come to their modified tracks in Jasná, Čertovica, Liptovský Ján. For more courageous areas are reserved for skialpinism. In the summer, cyclists will also enjoy cycling on the recommended biking routes in the deep valleys or in the foothills, as well as discovering the historical attractions and traditional folk architecture. Find more information and maps at info centers.