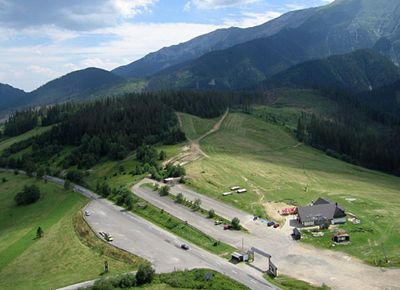 Legend of the village says that in the woods in the wide White Doline creek White under the Belian Tatras, people from the surrounding villages burned charcoal. One of the carbonates built a small cottage, and the only window on the wood was turned to the side where the light of the "Zorničky" lit the room at night. To the people who fascinated the Tatra environment, they built the trenches next to the carbon and named their settlement "Zor" - Ždiar.

The first written mention about the village Ždiar is from 1590. The origin of the village is expected at the beginning of the second half of the 16th century. The founder was František Luzhinský, the castellan of the Horvátov family, who were the largest feudalists in northern Spiš.

In the documents of 1628 and 1629, in connection with the estate of Pavel Rákoci, Zdiar already called the village - possesses. The inhabitants dealt with woodcutting, carbohydration and pastoralism.

With the establishment of the Laze settlements, a new division of land is connected, where the chotár was divided into the same parts on the so- the chambers according to the number of settlers and the settler could build the house only on his lime. According to the oral tradition, the first settlers settled in Bachledova Valley and the new settlements were built on Antošovsky hill, Pavlovska dolina, Blaščackej doline, Bartušovská dolina and Slodičovský vrch. 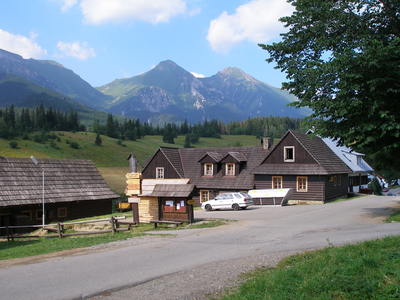 The village of Ždiar belongs among the jewels of Slovakia, it is a characteristic village with its typical traditions, customs, folklore and culture with more than 1300 inhabitants. It is a specific folk architecture, Goral settlement and a typical Goral mono-structure. Its entire adjacent territory is included in the protected area of ​​TANAP, Golias Nature Reserve, Belianske Tatry Nature Reserve, UNESCA and PRLA. The entire area is the occurrence of endangered species of flora and fauna. The Kataster is part of NECONET's national ecological network.

Cultural and historical attractions and natural beauties are the advantages of this area. It is a popular locality for tourism and relaxation by our and foreign visitors thanks to the natural scenery and hospitality of Ždiarčanov.

The Roman Catholic Church of the Visitation of the Virgin Mary was made available in 1831. It is a type of one-sided rural church with a polygonal end of the presbytery, a sacristy and a tower built into the shielded partition. The painting of the Virgin Mary by Stephen Hegedus from 1894 is on the non-flood main altar. On the sides of the sanctuary there is a woodcut of the Cross of the Cross from Martin Barnás.

Natural Climate Spa - An oasis of health and relaxation

Thanks to its location, natural environment and unique natural scenery, the village of Ždiar is a popular tourist and leisure destination for both foreign visitors and visitors. The alpine climate, thanks to the unique nature of the Belianske Tatras and the Spiš Magura, offers natural climate baths for relaxation and sports on hiking trails, in winter in quality ski resorts. 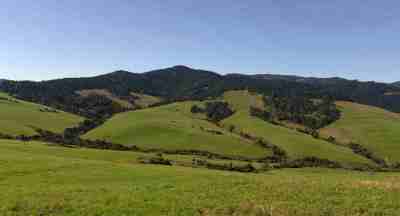 Spišská Magura is a vast flysch mountain range of the Western Carpathians. The height of its 30 km long ridge is about 1000 meters high and the highest peak of Repisko reaches the height of 1259 meters. The undisturbed ridge route with a small sectional line from the town center to Malá Poľán (about 7 km) offers Ždiar visitors a pleasant walk in nature in summer or winter. Even lovers of cross-country skiing will come to their own, it is a popular route for hikers and hikers, who can enjoy beautiful views of Havran and Ždiarska Vidla in Belianske Tatras.