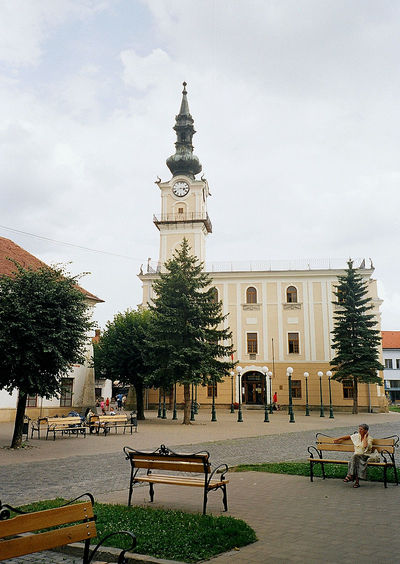 Kežmarok is the historic center of the traditional Spiš region. In the city there is the wooden evangelical articular Church of the Most Holy Trinity, which is registered on 7 July 2008 in the UNESCO World Cultural and Natural Heritage List.

Kežmarok lies in the precipitation shadow of High Tatras and Levočské vrchy. The climate is slightly cold. The subsoil consists predominantly of loess, quarry deposits of Poprad and Ľubica rivers, sandstones. Predominant soil types are medium heavy clayey browns, floodplains and floodplains. There are sandstone castles below Jerusalem Hill and clay clay in the White Water creek. 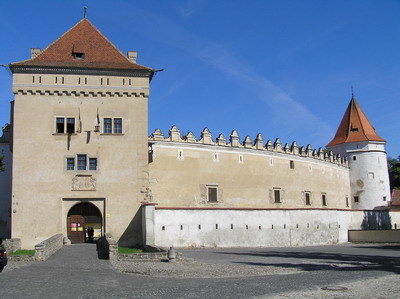 Kezmar Castle is the only completely preserved castle on Spiš. The first written mention of it is from 1463. The brothers Imrich and Štefan Zápoľský were the first owners of the castle. In 1528 they were replaced by the Laska family, in 1571 by Ján Rueber and in 1579 - 1684 it was owned by four generations of the Thököly family. The last owner of the castle was Ferdinand Rueber and in 1702 he bought the town of Kežmarok.

In 2nd pol. 19th century. the first attempts were made to repair the castle and establish a museum there, but this idea was not realized until the first half. 20th century. The first expositions were opened here in 1931. At present, historical exhibitions documenting the development of Kežmarok and its surroundings are made available. Separate exhibition complexes represent the prehistoric and medieval settlements of Kežmarok, the development of the town in the 13th to 19th centuries, the Kežmarský strelecký spolok, the Association of Spiš physicians and pharmacists, MUDr. Vojtech Alexandr - founder of x-ray science in Hungary, history of Kežmarok in the 19th and 20th century, historical portraits of museum collections, relationship of Kežmarčany to the High Tatras, Thököly family, Jewish community in Kezmarok ... The castle's tour is connected with a visit to the castle chapel viewing tower.

Wooden Articular Church of the Most Holy Trinity 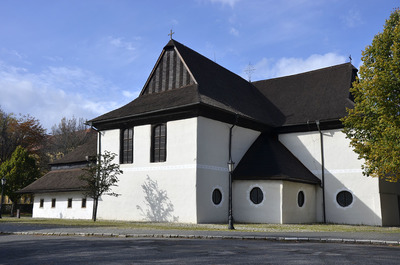 It was built in the suburbs, behind the city walls. It is not known how the first articular church looked. From the original church, only the Late Coronation Baptist from 1690 and the stone epitaphs of 1688 have been preserved. It has a plan of an isoscelenous Greek cross. Originally, it had no foundations. The foundations were made of wood, but they were replaced with bricks during the last repair. The beams are made of red spruce. During the construction they did not use any metal material, so they did not use any metal nails, exclusively only wooden nails. The only stone part of the church is sacristy. A wall was built around the church, but it was demolished because of its poor condition. The last correction took place between 1991 and 1996.

The archeological church in Kezmarok is in the form of an isosceles cross, the arms are rounded by a wide vaulted vault, resting on four rooftop pillars and perimeter mounds. The building strengthens four small annexes in the corners and also six wooden choirs. On the ground floor and corridors, a total of 1,541 people are seated. The building was originally built on the basis of the beechwood beams. It is made of red spruce, and metal fasteners are used, exclusively wooden nails, wedges and staples. The structure has dimensions: length 34.68 m, width 30.31 m and height 20.60 m. At the last repair the wooden foundations were replaced with concrete bricks. The lighting of the church is secured with 15 rounds with eaves, 6 six-section windows with tiles and 1 square window.

The church has a seductive baroque interior, one of the most beautiful of the last five churches of a similar kind. The image of the Holy Trinity over the altar and ceiling painting began in 1717. The ceiling painting is blue or cloud-like, with twelve apostles and four evangelists. It was a decade and is attributed to the unknown painter Mayer Mayer, but in the description of the church by the scholar of the Evangelical School Juraj Bohuš in 1717 - 1722, this is crossed out and replaced by Kramer, probably Gotlieb Kramer of Levoča, with his son Ján (Jonáš) Gotlieb Kramer what the papers are. The church was originally a pavement made of stony clay, later covered with a wooden floor in which the tombstone tombs of the 17th and 19th centuries were placed. At the last repair, the floor beneath the bench was paved with stone cubes.. 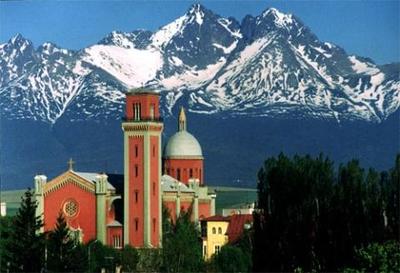 The New Evangelical Church in Kežmarok was built in eighteenth style between 1879 and 1892 and belongs to the national cultural monuments of the Slovak Republic.

The church was built by the house builder Viktor Lazar, based on a project by the famous Viennese architect Theophil von Hansen. In the years 1907-1909 Imrich Thököly's mausoleum was on the northern side. The church was repaired after r. 1960th. 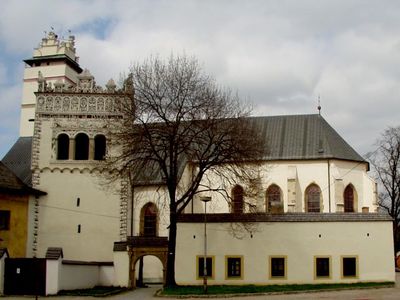 The whole area was surrounded in the past by a protective wall, which still retains only a part - the entrance to the bell tower is decorated with a secondary renaissance portal with a coat of arms. Church of St. The Cross has its origins in the Slavic settlement, which is also witnessed by the centuries used by the name Windischgrund (Slavic Territory). The oldest stone parts of the church are made of pol. 13th century. The present form of the building comes from the magnificent Gothic reconstruction in the year. 1444-1498. The reconstruction was helped by the town and the castle master Zápoľský - both "meccans" grew their coats of arms at the small entrance to the church. The rebuilding is also called the triple vault - net, star and cross, even the sanctuary, which is higher than the ship. The interior of the church is predominantly Gothic - lateral altars, baptistery, stall. Z r. 1518 comes a Renaissance bench under a large chrome where the city council sat with Richtar. Among the most precious parts is the crucified Christ from the main altar, which is supposed to have been carved in workshop master Vita Stwosza. At the time of the Reformation, when the whole city, with a predominantly German population, crossed the Protestant faith, 1531-1673 and temporarily also in r. 1678-1687 and 1705-1709 evangelicals.

Near the church there is a Renaissance bell tower from r. 1591, considered to be the most spirited campaign. Similar belfries are in Strážky, Spišská Belá, Vrbova, Spišská Sobota, Poprad, etc. It has a square plan. It is decorated with a coat of arms of the Emperor Habsburg family, Hungary and the town of Kezmarok. The oldest bell is dated 1525 and before the bell tower was probably in the tower of St. Cross. The bell tower is connected with the former Roman building. cat. a folk school rebuilt in the 18th century. from the chapel of St. Trojice z r. 1468. This school was visited by Joseph Maximilian Petzval (1807-1891), physicist, scientist, founder of modern photography. Opposite the small entrance to the church of St. The cross is a stone building of a former town school dating back to the 19th century. 1536th.