From the highest situated Slovak castle directly to the thermal lake 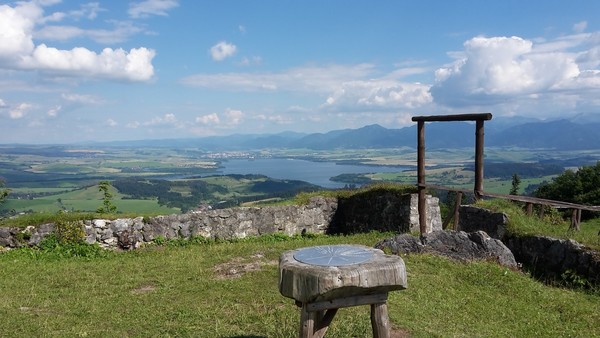 The location of the Liptov Castle on the hill called Sestrč is not accidental. The view from this hill in the Chočské Hills allowed to guard an important business trip from the south, via Liptov, continuing on Orava to Poland. You can enjoy this view, even in connection with free mineral springs.

We leave the car on the outskirts of Kalameny. If we go to the season, we will pay parking fees for the pond and the order. Although the spring is tempting us, we take time to swim in it. Directly from the pond, we climb steeply first through the forest, later on the meadow to Sedlo pod Královou. A short half-time break for the castle will allow us to catch up and see the surrounding views. With a rigorous forest, we continue up the well-marked route. Take the last section of the castle on the ladder. In the past, the lower gate was used for this purpose, whose replica we will look at later.

We stand on the ruins of the castle, which originated after the Tatars' invasion around 1260. About 100 years later, the castle became the political-economic-military center of the Liptov Region. Liptov Castle is also known as Liptov Castle, Sielnický Castle or Liptovský Starhrad. From the time of his creation, he passed through the hands of the various sovereigns until he came into the hands of the rebellious resistance. After the castle was recharged by the Royal Army, an order for its destruction fell.

At this time we can see replicas of entrance gates, preserved parts of the walls, the old tank and beautiful views of almost the entire Liptovska stolic. 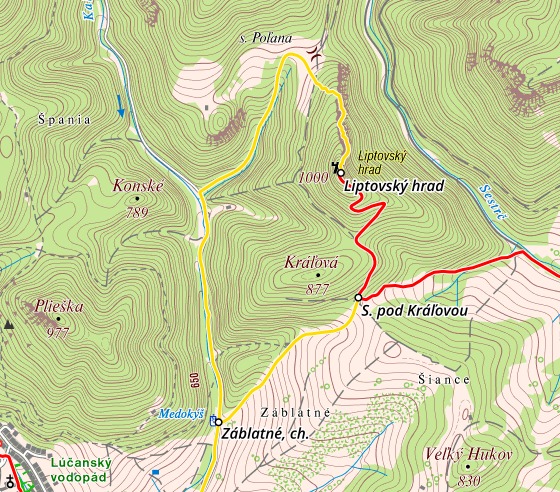 On the map we can see that we are offered a circuit through the Polana saddle. However, we are not recommending this continuation of the route, as the doline under the saddle is full of blisters even during the dry summer.

The hike is manageable at a normal hiking rate up to 2 hours up and down. With less children we can handle it within 3 hours. Time does not include time spent on the castle. A 400-meter elevation to the castle, thanks to the constant view, is going fast.

If we have bicycles we can continue through Kalamenian valley to Oratin Malatinnej. We will go through one of the roads that the castle has kept in the past.
In the nearby village of Lúčky  we can visit the waterfall, the wildlife and pass through the spa town. There is also a public swimming pool - Thermal park Lúčky.
If we want to take a bath and besides to enjoy the attractions, the aqua park in Bešeňová is also within easy reach..

Swimming in the pond with thermal water has a completely different dimension early in the morning when the water is completely clear.