On skates to Poland 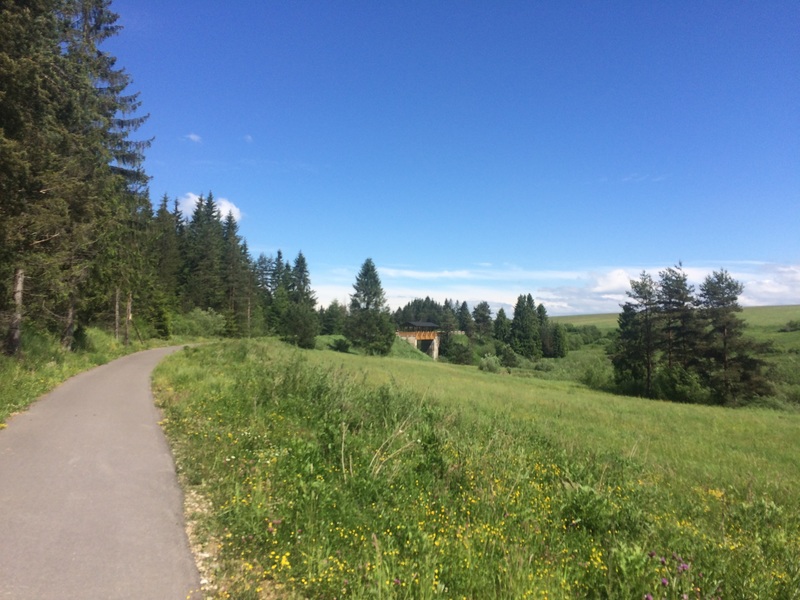 The ridge of the Western Tatras forms the border between the region of Liptov and Poland. The transition from the Slovak to the Polish side requires a considerable amount of height meters. For high-mountain tourists, this is not a more serious problem. How to cross the border with the Polish bicycle or the skates?

Several years ago, a genius idea was realized, which meant the use of the route of the former single-rail railway for the construction of a cyclo-bridge linking border towns Trstená and Nowa Targ. The project was called a little bitter: "Historic-cultural-natural way around Tatier".

The Slovak part, leading meadows and forests, is more in our opinion. On the Polish side, we find better asphalt, but we often cross the roads and therefore we have to pay attention to traffic. Crossing signs are located too late, so be careful. Most refreshments are not available on most routes, but after arriving on the Polish side, we can add the energy deficit to nearby villages or to the famous markets in Targu.

Slightly challenging, but long route. The highest point reaches the state border. The elevation from Trstena and also from Nowe Targ to the national border reaches about 200 meters.

Tip: We can bring trains from Liptov to Trstená. The set with two wagons called "Oravka" will take you in less than 2 hours from Kraľovian to Trstená with a bicycle.

You can find the entire route on the map on this link.