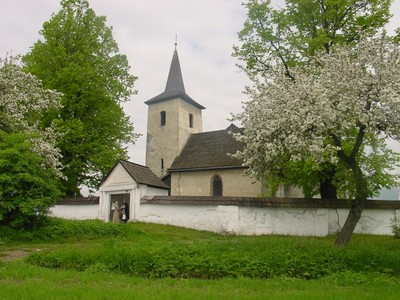 The Gothic Church of All Saints in Ludrov, a cultural monument, is an extended exhibition of the Liptov Museum in Ruzomberok. It was built in the original historic town of Ruzomberok in the last third of the 13th century. The original building is a single-story building at the end of the 15th century was extended by the port of the southern ship. In the interior of the church, the original ribbed vaults with a circular bolt and a stone pastophora with a wrought lattice were preserved. In the ship and in the presbytery are valuable Gothic wall paintings, which have been declared a national cultural monument.

OPENINIG HOURS: need to order an sightseeing in the Liptov Museum in Ružomberok, www.liptovskemuzeum.sk . 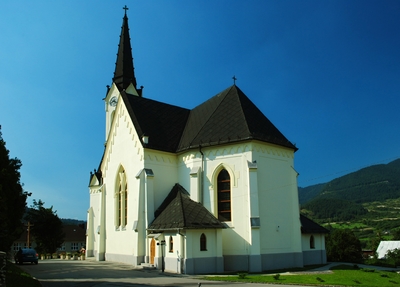 Set of monuments of the Černová massacre from 1907, consisting of: Roman Catholic Church of Our Lady of the Rosary - novogotics, the place of the Černov massacre, monument and Černová cemetery. These memorials remind of the struggle of the Slovaks against the Hungarian oppression in Hungary. 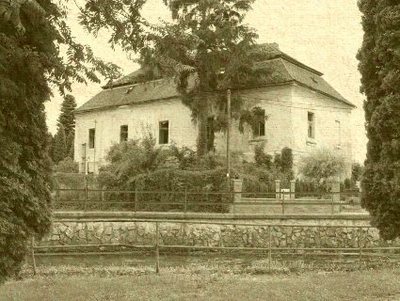 It is one of the oldest villages in Liptov, documented in 1264. It was the property of Liptov Castle, later Likava Castle. From the 17th century, it was owned by the Dvorníkov family. In the 17th century, the painter Ján Sinapius Horčička (1640 - 1688) worked as a parson. The original Gothic church was preserved in the village from the end of the 13th century. Baroque changes were made in the later modifications, the interior was predominantly Baroque, wall paintings from the late 19th century were from J. Hanul. The manor built the Dvorniks in the second half. 17th century probably on old foundations. In the 18th century, rococo adjustments took place. 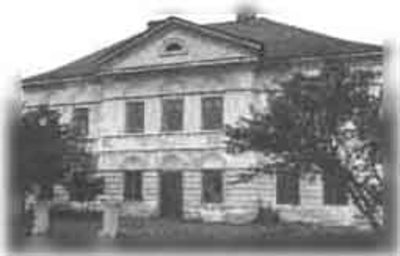 It was built in 1830, originally surrounded by a park and a set of economic buildings. Madocany - part of the village Liptovská Teplá was the work of a well-known falsifier of donation papers in the 14th century. Jan Litáta of Madocian, whom they burned in 1390 in Liptovska Mara. The village belonged to Madocsány family, later part of Kubinyi family. 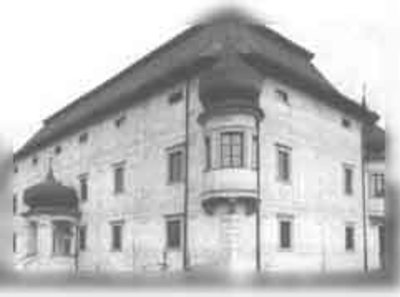 Okoličné is a town part of Liptovský Mikuláš from 1971. The village is documented for the first time by documents from 1273. The village belonged to the Okolicsány family, who here in 1480-1492 put a monastery with a church. The non-Gothic three-nave church of St. Peter is the largest church in Liptov, still preserved in its original Gothic vaults, windows, saddles and portals, late-Gothic statues of St. Barbora and Katarina - works of the master Pavel Pavel from Levoča from about 1500, as well as the painting of the Virgin Mary from the beginning of the 16th century. South of the church is the former Franciscan monastery. An older Renaissance mansion was founded in the 17th century and currently serves the purpose of the municipality. In the younger baroque-classical mansion there are apartments today. The church and monastery of Franciscans, as well as the Gothic monastery garden from 1480-1492, are open on request.

Palúdzka - today the local part of Liptovsky Mikulas is located directly on the banks of Liptovská Mara. It was built in 1246. In 1283, it was assigned to the village of Bodice and Paludzka, a notary of the elected bath-house Demetra, the ancestor of the Palucky-Palugy family, who owned the village until 1848. In addition to the chateaus there are two Classicist churches and a Classicist chapel objects are from the 19th century. Catholic Church carries elements of neoclassicism - Palúčanská Street 30  Private Gallery of P + P Petráš. In the village there is a memorial of the declaration of the Slovak Nation - the first word memorial. of the National Assembly 10. 5. 1848 Revolučná ulica.

The manor built 1612 on foundations from 15-16. st. They named him in the Vranov prison of Jánošík, which was very popular here. In 1713 Jura Jánošík, a legendary Slovak assassin, was imprisoned in the mansion. Stories say that this protector was the protector of the poor. "He took the rich, he gave the poor" His life's journey ended in Liptovsky Mikulas, where he was hung on the hook for the left rib. The Museum of Janko Kráľ in Liptovsky Mikulas is a reminiscent of the life and death of Juraj Jánošík, dressed in March 1713. He was the leader of the most famous martial arts. The Jánošík legend for two centuries symbolized the struggle of the Slovak people against social and ethnic oppression. For the Slovak National Uprising one of the most important partisan brigades was named Janošík Brigade.

They built it in Rococo-Classicist style in the 18th century. The name was based on the number of boats in the neighborhood. In 1985, Klubhotel Bocian rebuilt it. 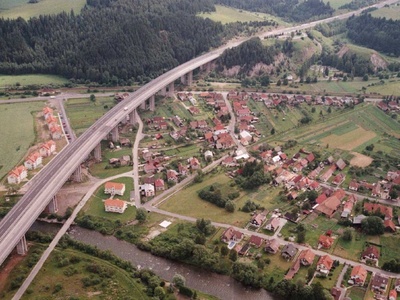 Along the village there is a 1038 m long bridge. It is an important archaeological site, where settlement from the eneolite is situated - the hills of Velínok and Bašta. The village is documented since 1345, when it belonged to Mikuláš, son of Serefela, the descendant of comedian Bohumír and ancestor of the Zemian family from Podtúrňa. They also built the barracks. An older renaissance-baroque manor house built in the 16th century. is used as a recreational facility. The younger Renaissance-Baroque style nowadays serves as a flat. 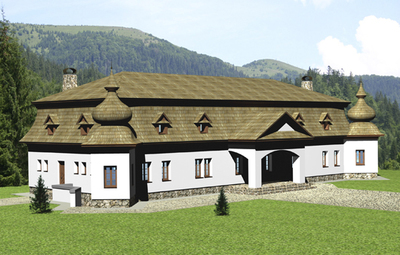 It is a village in the south-eastern part of Liptov, at the foot of the Low Tatras, 6 km from Ruzomberok. It is mentioned in 1300, when King Andrew III separated part of the chotar and gave it to Paul, the son of Madach. Older archaeological finds are also known - the Bronze Age fortress with rare Celtic-Dacian settlements. Later belonged to several German families. In the village stood until r. 1946, with the exception of the manor house mentioned above, also the early Renaissance from the first half of the 17th century, rebuilt from the original Gothic manor house. The manor house was built in the second third of the 17th century. In the 18th century, was baroque modified, when the present roof was created and some vaults with stucco shapes were repaired. In the second half of the 19th century, the manor house was extended with two other corner towers. The mansion serves regular Catholic worship. 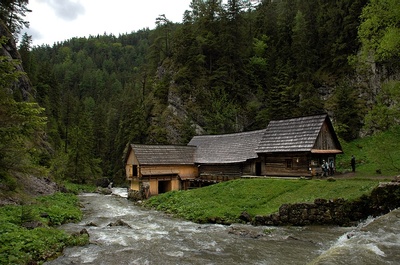 In the picturesque nature of Kvačianska valley there is the complex of popular technical buildings from the 1st half of the 19th century, a water mill with an area, a folk wood and a sawmill stands at the end of the Kvačianska valley along the old horse-way Huty - Veľké Borová. 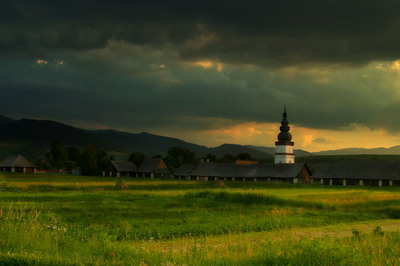 Originally named German Ľupča. It has the oldest city privileges among Liptov municipalities, it was already in 1263 together with the right to dollar gold, silver, copper and fish in the stream of Revúca. At that time it was one of Liptov's greatest places. The Roman Catholic Church of St. Matouš from the end of the 13th century, the Gothic Roman Catholic Church of Our Lady of Bolest (dating from 1300), baroque reconstructed in the 18th century, on the altar painting by PM Bohúňa "Crucifixion of Christ", Renaissance manor house from the 17th century, classicist mining house from the 17th century and the Renaissance Renaissance houses on the oval square. 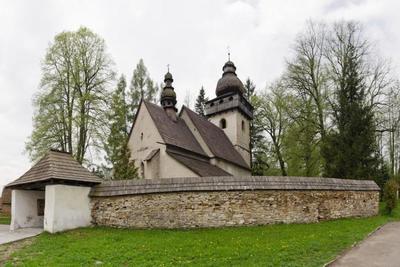 The village lies 8 km north of the center of Liptovsky Mikulas. Above the village there is a small castle Hrádok with prehistoric castle. There were also articles from the Iron Age. In the 18th century, iron ore was extracted here. In 20 st. there was a butterfly to work on the pussy.

Building monuments Roman Catholic Gothic Church The purification of Virgin Mary from the 13th century, medieval wall paintings in sacral buildings, a national cultural monument proclaimed in 1963, made available only during worship. Evangelical church from 1880 and baroque manor house from 1750. 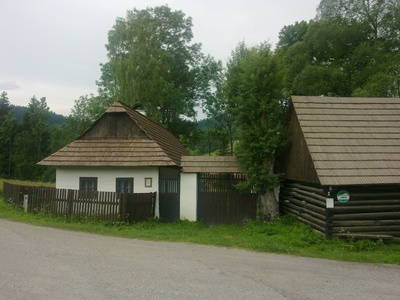 Zemian settlement from the 19th century. It is a unique urbanization unit of a functional type. The complex consists of a four-story log house - a room, a pitcher, two chambers - with a cellar, a humna, a pond,, a stand-up granary and a log cabin well. The seat was restored in r. 1978 - 80. It is currently run by the Liptov Museum in Ružomberok. More info at www.partizanskalupca.sk. 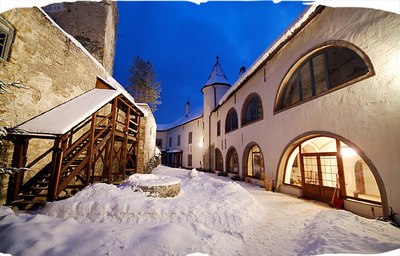 The ruins of Hrádok Castle together with the adjoining manor house form the dominant of Liptovský Hrádok as well as the picturesque part of Liptov nad Lipou. The ruins of the castle and the slowly collapsing manor since the 1930s have been disturbed by the minds of the people who were not deprived of the fate of the landmarks in Liptov. However, this complex of monuments was not reconstructed during the period of the First Slovak Republic or the period of socialism. The excavation of buildings continued in the 1990s and domestic and tourists were struggling to see the decaying buildings.

Since 1989, the premises have been abandoned, unheated, exposed to unwanted visitors, and everything that could be taken was stolen. Only bare walls without windows and doors remained. More information at www.grandcastle.sk.