The beauty of the underground world caves traditionally attracts thousands of domestic and foreign visitors every year. The uniqueness of droplet shapes of varying colorfulness and fragile beauty, massive liquid or ice formations document the enormous power of nature. More than 4000 caves are known in Slovakia and are accessible to the public 12. There are three caves in the area of ​​Liptov. Liptov is extremely rich in the beauty of underground caves and the region is also used to call the Liptovsky kras.

On the northern side of the Low Tatras , in the Demanovska Valley, there is the Demänovský kras, dominated by the Demänovský cave system, which is about 35 km long. There are two caves in Demanovska Valley. Demänovská Cave of Liberty is one of the most accessible caves in Europe. In addition to a large number of uncovered caves, there are also slopes and other karst formations in the Liptov region. We will mention the deepest Slovak cave, the Old Castle, a deep 432 m, also known as the Liskovská Cave, where 48 bones were found, showing signs of ancient human-charismatic customs. In close proximity to the Demänovská Valley with the world-famous caves there are also karst phenomena in Jánská dolina.

All interested parties for more detailed information on caves in Slovakia are advised to visit speleological collections in the Slovak Museum of Nature Conservation and Caves in Liptovsky Mikulas. 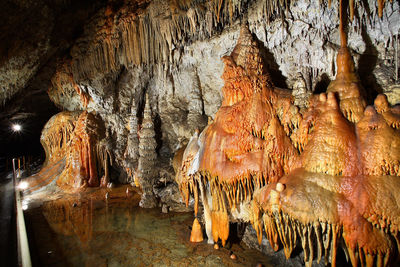 The most visited cave in Slovakia. It is located in the Demänovská Valley on the northern side of the Low Tatras, in the National Nature Reserve Demänovská Valley. In the last period, it is visited by 150,000 to 175,000 visitors per year. It was discovered in 1921, made available since 1924. Today's entrance, artificially overcrowded, lies at an altitude of 870 m. Access to it is a comfortable sidewalk walkway. Underground areas created the immersion water of the Demänovka River and the Rear Water in a complex of limestone rocks. It has an interesting system of passages (lateral descending corridors to the horizontal cave level), underground mosquito nets and dome, as well as a varied and rich flowery decoration. In addition to stalagmites, stalactites, and magnificent stone waterfalls, there are characteristic, richly decorated small ponds with flowery water lilies, cave pearls, and other bodies of the day. Besides white drops there are also droplets colored in pink to red. The bottom part of the Demänovka underground flows. From the total length of 8400 m, 1800 m are accessible. Cave tour is divided into a small circle: 1.2 km - 60 min and a large circle: 2.2 km - 100 min. The cave was declared a National Natural Monument. Since 1993, the cave has been rehabilitating speleoclimatic stays. 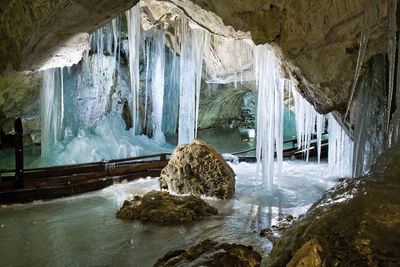 It is located on the right side of the Demänovská Valley, north of the Demänovská Cave of Freedom, with the entrance to the Bašta Brass at an altitude of 840 m. It was created by the former underground flow of Demänovka. The Demänovská ice cave Jaskyňa studied by Juraj Bucholz ml. in 1719-1723. Numerous inscriptions on the walls and preserved rich literature show great interest in the cave of the later scientific circles as well as the wider public. It also called the Dragon Cave because of the finding of the bones of the cave bear, considered to be the bones of a dragon. In the lower parts of the cave there are beautiful ice formations. The most beautiful ice formations are created in the spring, when most of the water penetrates the cave from the melted snow, which immediately freezes and creates powerful columns and floor ice. The cave is 1750 m long, the public is accessible 650 m. Touristically it was made available in the 80s of the last century, it was reopened in the years 1950-1952. The cave is also part of the National Natural Monument of Demänovská Cave.

Demänovská Cave of Liberty and Demänovská Ice Cave are located in the beautiful tourist area, in the Demänovská Valley in the Low Tatras National Park, where we also recommend visiting Vrbické pleso. 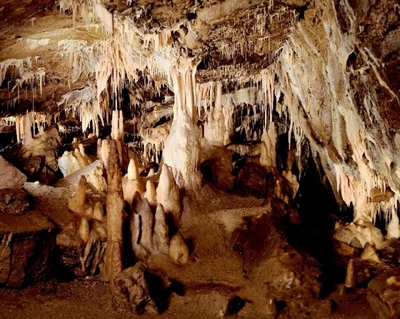 It is located in the Važeckom Krasse at the crossing of the Kozí spine with Liptovská kotlina on the western edge of the village Važec. The entrance is located at an altitude of 784 m. Long is 530 m. It was discovered in 1922, made available from 1934. Horizontal corridors modeled the former waters of the White Váh. The décor is rich in pure white stalagmites and stalactites. Tiny fragile decorations and bizarre shapes of stalactites remind the landscape of a fairy tale. Bones of a cave bear (Ursus spelaeus) were found there, exposed in the corridor of Kostnica. The cave was declared a national natural monument. After reconstruction in 1954, 235 m. 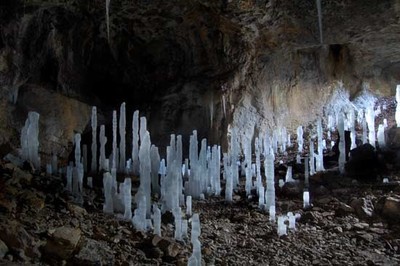 In the mouth of Stanišova sidewalk in Jánská dolina to the most important and largest caves are Stanishev Caves. Big and Little Stanišov Cave are located in the southern slope of Smrekovice and much later discovered by Nová Stanišovská on the opposite slope of the valley. Although topographically it is a separate cave, they are genetically composed of one unit, separated from each other by the Stanišov valley. And even though the Little Stanišov Cave is as old as its well-known and respected great sister, it does not enjoy the same glory. Nevertheless, she visited and visited many people who left behind a large number of inscriptions. The "boom boom" occurred in the early 20th century. 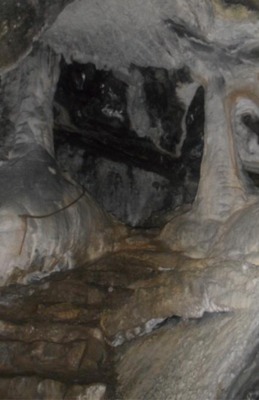 Stanišovská Cave is one of the oldest known Liptov caves. Its length is impressive 871 m and its depth is 28 m. Here you can see the true strength and creativity of the Mother of Nature, who put her work into the massive stone walls, and thereby breathe life into this place. The incompatible part of the cave is silence, peace and fresh air, making this place even more attractive. An experienced guide will take care of the sightseeing experience - a cave that takes you through the various parts of the cave. As there is an average temperature of 5.7 ° C in the cave, it is also important to forget about warm clothes and stronger footwear. The length of the input takes approximately 50 - 60 minutes.

*In November, the cave is closed 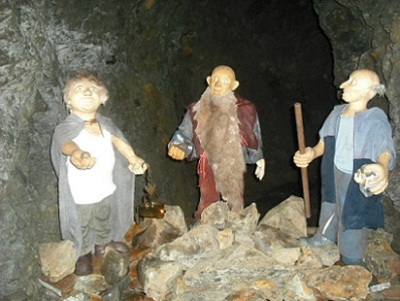 The only accessible old mining work on Liptov. An experience that you will remember a long time. You will find places that hard work has created for decades, with the prospect of gold, all in an unrepeatable atmosphere of a burning oil burner. The front lamp gets every visitor in front of the entrance, you do not need special clothing or shoes. You can get to the paid parking 200m from the train. Type for the whole family.

The protection and operation of accessible caves in the Slovak Republic is ensured by the Slovak Caves Administration in Liptovský Mikuláš, a nature conservation organization in the Ministry of the Environment of the Slovak republic.