Liptov has an area of ​​over 2000 km2. The economic and cultural centers of Liptov are Ružomberok , Liptovský Mikuláš and Liptovský Hrádok . Nearly 50% of the total area of ​​Liptov is forests. It produces a lot of acidic and hot mineral springs especially in the villages Bešeňová, Likavka, Kvačany, Žiar, Pribylin, Závažná Poruba, Liptovský Ján and elsewhere. This region is also known for medicinal baths . 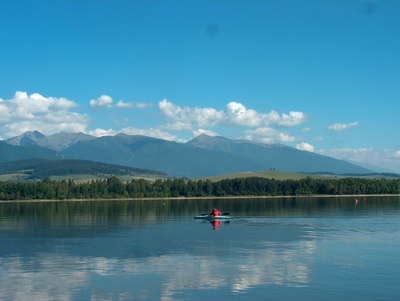 The area of ​​Liptov is rich in cultural monuments and is characterized by its distinctive folk architecture and folklore (Vlkolinec , Východná, Liptovské Sliače, Liptovská Osada, Liptovská Lúžna and others). Liptov is surrounded by the largest mountains in Slovakia: the High Tatras, the Western Tatras and the Choč Mountains in the North, the Low Tatras in the South, the High Fatra in the West and the Poprad Basin in the East. River Váh and its tributary Bela flows through Liptov region in the length of 43.5 km. There is the famous Liptovská Mara reservoir. In addition to skiing and hiking, this region also offers less traditional sports such as paragliding, rafting, horse riding, cave service, sightseeing flights, mountaineering, cycling, hunting, fishing. Thermal swimming pools are known in Bešeňová and Liptovský Ján. In the winter season, the famous winter resorts are Jasná Low Tatras, SKI PARK Ružomberok - Malinô Brdo, PARK SNOW Donovaly, SKI PARK Kubínska Hoľa, PARK SNOW Štrbské Pleso, Ski Opalisko - Závažná Poruba and Žiar - Dolinky Ski Resort. There are many accessible caves in Liptov.

The area has been inhabited since prehistory, as evidenced by finds of neolithic origin (6000 years ago). The most significant settlement dates back to the Bronze Age (1 000 ACN), the most precious

finds being bronze swords so called Liptov's type. An important chapter of Liptov's history is the Celts. Testimonial of permanent settlement is the later burial ground from the younger period of the fortified settlement (950 -1200) in Liptovsky Michal. Liptov is mentioned for the first time in 1231 for the rule of King Ondrej II of Hungary. The rich history is also documented by the finds at the castles of Likava, the Liptov Castle and the castle in Liptovský Hrádok. The territory of Liptov became a permanent part of Hungary in the middle of the 12th century. A separate county was founded in the second third of the 13th century. The seat of the county changed after the demise of Liptovský Old Castle, first it was Liptovská Mara then Partizánska Ľupča and from 1677 Liptovský Mikuláš. Liptov also lived a well-known Slovak wrestler Juraj Janosik, whom he captured in 1713 in Valaska Dubova. Here is a stylish Jánošík Koliba restaurant. An inalienable part of the historical development of Liptov is mining. In the 13th century during the period of German colonization, mining settlements were built in the valley of the Boca stream, where gold, silver, copper and iron were mined. From the time of the Upper Liptov Mines in the 19th century the weighbridge and the bell tower at Maša near Liptovsky Hradok were preserved. In the lower Liptov, mining was developed especially in the village German (Partizánska) Ľupča. In Magurka remnants of galleries and mining roads have been preserved. Apart from mining history, the Liptov region is also known for its murals, and it is said that Pest built Liptov murariums. Traditional masonry houses can be seen in Hybe and other murray villages. In the past, the inhabitants of Liptov were mainly engaged in the cultivation of cereals, potatoes, hemp and flax, due to the colonization of valas from the 13th century. Sheep breeding was also extended. The production of sheep's milk products, the artistic and artistic expression of shepherds significantly affected the folk culture of the region. Liptovská bryndza is the best in Slovakia and exports to America.

In 1844-48 Liptovský Mikuláš was home to the Tatrín Association, there was a center of Slovak theater, and in May 1848 the first Slovak political program of the Slovak Nation's Ceremony was issued. There are many museums and galleries, e.g. Liptov Museum in Ruzomberok, gallery M. Bohun in Liptovsky Mikulas and Liptov Village Museum in Pribylina, phere are objects of the flooded villages of Liptovská Mara. 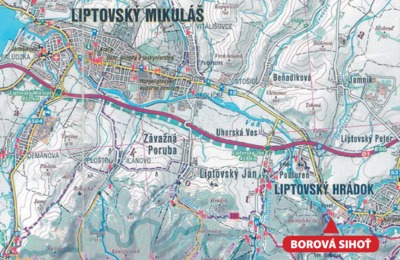